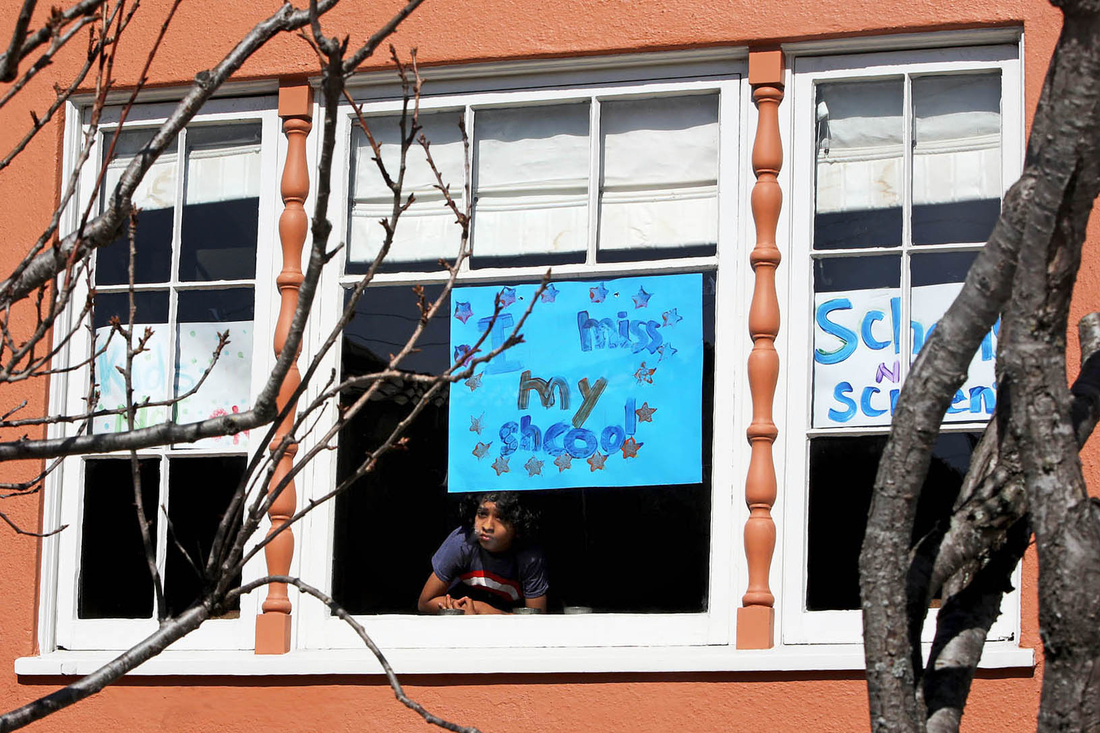 Jeevan Guha, 6, poses for a portrait near a homemade sign in San Francisco. His sign reads, "I miss my school." Yalonda M. James/San Francisco Chronicle via Getty Images hide caption 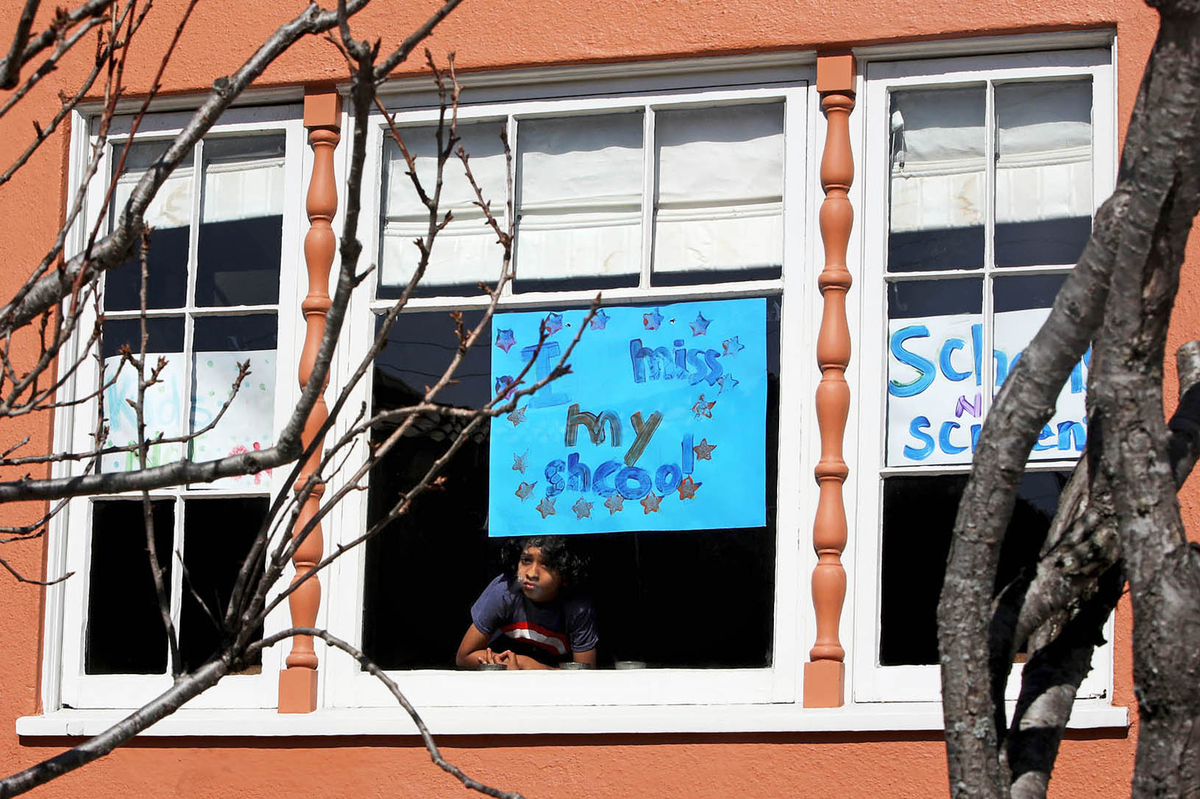 Jeevan Guha, 6, poses for a portrait near a homemade sign in San Francisco. His sign reads, "I miss my school."

The Centers for Disease Control and Prevention has updated its guidance for schools. On Friday, the agency announced it "now recommends that, with universal masking, students should maintain a distance of at least 3 feet in classroom settings."

Previously the guidance stated, "Physical distancing (at least 6 feet) should be maximized to the greatest extent possible." The new guidelines still call for 6 feet of distance between adults and students as well as in common areas, such as auditoriums, and when masks are off, such as while eating. And the 6-foot distancing rule still applies for the general public in settings such as grocery stores.

The change is momentous because in many places around the country, the 6-foot guidance has been interpreted as requiring schools to operate on part-time or hybrid schedules to reduce class sizes. A 3-foot rule would allow many more schools to open in person full time.

The revision was spurred by some new research, including a study published in the journal Clinical Infectious Diseases on March 10,which looked at schools in Massachusetts, where districts were given a choice of distancing students either 6 or 3 feet apart. The study included more than half a million students who attended school in-person last fall.

"We didn't see any substantial difference in cases among students or staff in districts with 3 feet versus 6 feet, suggesting that we can open the schools safely at 3 feet, provided that some of the mitigation measures that were present here in Massachusetts are in place," says Westyn Branch-Elliman, a co-author of the study and an infectious diseases specialist at Beth Israel Deaconess Medical Center. "Our study adds to a growing body of worldwide data about the safety of 3 feet in school settings."

The World Health Organization already recommended that schools distance children 1 meter apart (3.3 feet). The American Academy of Pediatrics, meanwhile, has been warning that "in many school settings, 6 feet between students is not feasible without drastically limiting the number of students." As a result, the AAP has advised flexibility, telling school leaders to "weigh the benefits of strict adherence to a 6-feet spacing rule between students with the potential downside if remote learning is the only alternative."

About 30% of U.S. students attend schools that have adopted hybrid schedules, according to the organization Burbio. These schedules can have children attending in-person for as few as five days every three weeks. While at home, depending on school staffing, they may be joining in-person classes by video, or they may be completing packets of homework or online assignments without live support.

In Dallas, Superintendent Michael Hinojosa says his high schools' hybrid schedule has reduced student engagement. "They're in school Monday, Tuesday. Then nobody's there on Wednesday, then another group's there on Thursday and Friday. And so our participation level has been very low," says Hinojosa. "Hopefully, with the new CDC guidelines of 3 feet, we can get more kids in there."

Parent surveys suggest hybrid models can be the worst of both worlds. In a recent NPR/Ipsos poll of parents, those with children enrolled in hybrid learning were the most likely to feel worried that their child will be behind when the pandemic is over (62% agreed, versus 50% of those attending remote, and 37% attending fully in-person). They were also most likely, by a wide margin, to believe that the pandemic has disrupted their child's education.

On Friday, the CDC also released the results of a parent survey showing that, when children were in blended models, parents reported their children had less physical activity, less time outside, less time with their friends, and worse mental and emotional health, compared to students attending school five days a week.

And teachers, too, report lots of stress with hybrid models. In December, Randi Weingarten, president of the American Federation of Teachers, called for the model to be phased out. "Hybrid doesn't work," she said. "You can't livestream and teach in person at the same time."

Source link
Category : Uncategorized
PreviousNew Netflix Documentary Shows How Money Can Buy Admission To A Top U.S. University
NextThe CDC Says A Distance Of 3 Feet Between Students In A Classroom Setting Is Safe